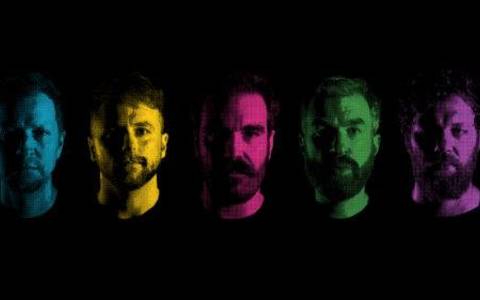 Hailed as Midwestern rock heroes by American Songwriter, Red Wanting Blue has spent the last twenty years establishing themselves as one of the indie worlds most enduring and self-sufficient acts, notching appearances everywhere from Letterman to NPR and reaching #3 on the Billboard Heatseekers chart, all while operating largely outside the confines of the traditional music industry. For their powerful new album, The Wanting, the band handed production duties over to acclaimed singer/songwriter Will Hoge, who helped them create their most ambitious, fully realized collection yet. Recorded in Nashville, TN, the record draws on many of the groups traditional strengthsindelible melodies, infectious hooks, and explosive performances.

Over the course of eleven studio albums, Red Wanting Blue has brought their passionate, unforgettable live show to every city and town that would have them, blazing their own distinctive trail through the American heartland as they built up the kind of fanatically dedicated audiences normally reserved for arena acts. The currently have an amazing new album out on Blue Elan Records, produced by Will http://Hoge.Tickets ( link ) starting at $35