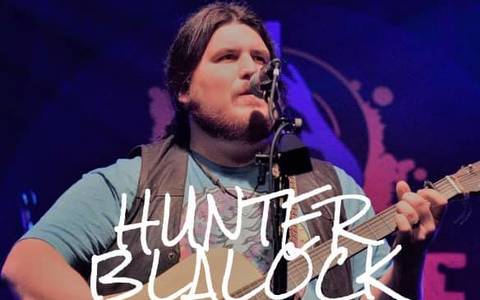 Details Who's Going
Hunter Blalock ( https://hunterblalockmusic.com/home )is an American songwriter from the hills of
North-West Georgia. Hunter never fears uncomfortable subjects while writing songs &amp; presents his real uncensored view of the world &amp; himself.

Hunter's writing style is
something all his own as he blends styles of country, bluegrass, &amp; folk to create a sound that places him in the genre of Americana. His influences range from Tyler Childers, Jason Isbell, &amp; American Aquarium to The Band, Townes Van Zant, &amp; Many more.

Hunter started his career as the front man for southern soul-rock
band Whiskey Dixie in 2014. Since then, he has embarked on a few small solo tours with the company of fellow songwriters like Tim Moore, Arlo McKinley &amp; more covering the Southeast &amp; Midwest regions of the US. Officially coming out solo in late 2018, Hunter plans to record &amp; release a debut solo record by mid http://2019.Sit back and enjoy the vibe of downtown Blue Ridge while enjoying craft beers, delicious food, live music and fun with your friends at Blue Ridge Brewery!