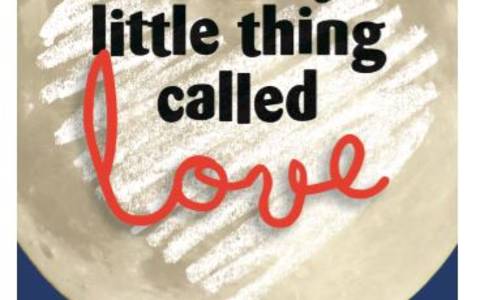 Details Who's Going
A funny little thing called love by Jessie Jones, Nicholas Hope, and Jamie Wooten (PG-13) Directed by Michael LacyThis deliriously funny new Jones Hope Wooten comedy is all about that four-letter word: L-O-V-E. Under a full moon on this unpredictable night of romance, these four rollicking tales take you on an around-the-globe journey of unexpected and hilarious twists and turns: A slick, successful used-car-selling Romeo in Dallas, Texas, believes he's answering Cupid's call, only to realize too late that he's wandered into a life-changing trap set by three fed-up Juliets. On an island getaway, The Hallelujah Girls, a group of fun-loving gals from Georgia, say aloha to their wild sides as they accidentally crash a Hawaiian honeymoon in progress. These five women—and Waikiki—will never be the same! In a rooftop London bistro, sparks fly when two strangers surprisingly start to connect, only to be thwarted by a hyperactive American tourist who's determined to be the center of attention, and the unpredictable antics of an ancient waitress who wields a wicked sousaphone. And finally, in Manhattan, a man tries to battle his way out of a mid-life crisis with an ill-advised and elaborate marriage proposal. Unfortunately, it all goes wildly off-track when his caterer passes out, a tap-dancing singing telegram girl breaks into sobs rather than song, his ex-wife saunters in wearing nothing but a bathrobe and a smile, and a cowering superhero inches nervously across his twelfth-floor window ledge. So, open your heart to romantic mayhem and come join the fun! By the time the evening is over and the moon works its magic, love will conquer all and your sides will ache from laughter! Thursday through Saturday Performances start at 7:30 p.m.Sunday's at 2:00 p.m.